The 2nd Amendment debate: arguments for and against 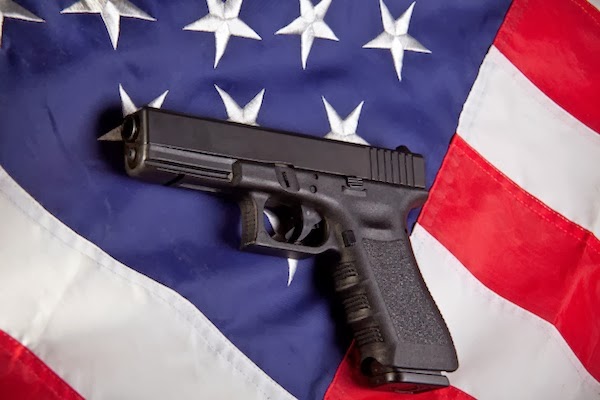 Following on from my previous article regarding my opinions on the US gun laws and the Second Amendment, I thought it best that I write an article with a few of the main arguments on either side of the debate – for the sake of equality.

·         It is and has been a constitutional right for hundreds of years. Almost 222 years in fact, as it was added to the Bill of Rights on the 5th of December, 1791. Many would argue that such an established right cannot be repealed, as it has stood the test of time.
·         America has a written, codified constitution that does not change dependent on the times. The debate regarding codified and un-codified constitutions deserves an entire article to itself, however the point still stands: America’s constitutional layout is not one that has to change to match the needs of the time. It is a rigid document, and therefore cannot (and must not) be changed (easily).
·         Not everyone is a murderer. By repealing the gun law US citizens who are not crazy mass murderers lose a right due to the actions of very few. Some would argue that this is unfair (alongside an infringement of their rights).

As I’m struggling to write any more for arguments that I consider half valid, let’s move onto the against arguments.

Against 2nd Amendment:
·         Guns have developed substantially since this was implemented. I shall quote my previous article for this: ‘As I understand, the Second Amendment was implemented at a time where guns were slow to use, inaccurate and generally poor pieces of equipment. They took a lifetime to reload and were therefore simply for use in times of severe distress or danger; i.e. they would protect a citizen from harm or danger (providing he was accurate). Now guns in the US are a well-established, $33 billion dollar industry that produces nearly 10 million guns yearly that are well-developed, designed and made killing machines.’
·         Give a man a car, he will drive it – give a man a gun… He will use it. The primary function of a gun is to kill or injure a target, indiscriminate of its species. The fact that the 2nd Amendment allows the ownership and mentions the usage of it on human beings, in the most established country in the world, is shocking.
·         Mass shootings. Again, Australia, 13 mass shootings in the 18 years previous to 1996, and none since – due to the banning of guns in 1996. Mass shootings (and shootings in general) can be stopped or massively decreased through strict gun control.
·         Guns have no place in today’s society. Without guns, there are no people with guns to be afraid of. It’s like the US is caught in a vicious circle of ‘Everyone has guns so to protect myself I’ll get a gun’, when they could so easily remove the guns wholly from the equation. The majority of the world gets on just fine without them, and doesn’t have 3 in every 100,000 people dying from them (or a monthly mass shooting).

I could go on, but I best not for the sake of a fair argument.

Maybe we should make this a weekly thing, review one of America’s Amendments on a Friday.

Hopefully I’ve helped a few A2 politics students with their course too.
Share This