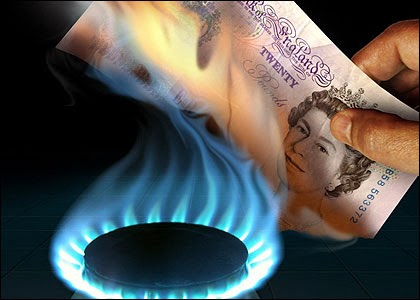 Regarding the recent MP expenses scandal, Mr Clegg defended the MPs who had claimed expenses on gas and electricity bills at their second homes. A very liberal approach indeed.

So Nick stated that these expenses were to help MPs with the cost of living and working in two different places. How wonderful of you Clegg, being so allowing to those poor MPs who have to struggle along in two different houses while the majority of the population only have one, or in some cases none. How perfectly fair this seems.

I was under the impression that MPs expenses were meant to be used on work related imperatives, such as pencils, pens, paper, travel, publicising and at an absolute stretch clothing to wear to the debates (and possibly for other reasons, maybe). And it’s not like they’re not well off either. Averaging out of a few salary sites suggests that Clegg is earning around £130,000/year, so roughly £12,000/month, which I believe is far more than enough to pay off his family bills. Maybe he should spend more expenses on actually making himself out to be a credible human being rather than to pay for his 3 children’s television usage (obviously an integral part of his working environment, without their usage of electricity he’d be unable to function as a DPM (although arguably he can’t anyway)).

Personally, I think the fact that MPs are so willing to allow gas and electricity bills to rise in the safe knowledge that they won’t be paying theirs is downright disgusting. People didn’t vote for you to make toast and use a microwave every once in a while, or for your Twining’s bills, people voted for you to represent them politically. ‘Experts’ wonder why people become disillusioned… It’s because MPs can’t seem to go 10 minutes without ‘accidentally’ (in the case of MP Nadhim Zahawi) causing some kind of scandal or being generally corrupt.